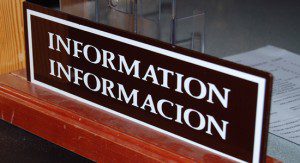 Although traditionally America is a very monolingual society, the percentage of our non-English speaking population, or those with limited knowledge of the English language, is growing rapidly.  In fact, the number of people in the U.S. who speak a language other than English at home has nearly tripled over the past three decades! [1] As attorneys, we are often faced with the challenge of representing such individuals with different linguistic background from the court and potentially ourselves. As a bilingual (Spanish/English) attorney, I have experienced these challenges on numerous occasions and can offer my insight when you are faced with such a scenario:

These are just a few of the considerations to keep in mind when representing a non-English speaking client, but you will find that as you begin to think along these lines, other details will come to mind. As with anything, the more experience you have, the more smooth and natural the process will go. If you have any specific questions please leave a comment below and I will do my best to reply in a timely manner.

[2] David Zachary Kaufman, “What Did You Say? The Perils of Clients Who Don’t Speak English” http://www.americanbar.org/newsletter/publications/gp_solo_magazine_home/gp_solo_magazine_index/whatdidyousay.html, (2007).